A joint LRA/LVA group met with the Project Team for the above proposal, virtually, on the 5 January.

A note of the meeting has been prepared and is attached. It is a rather lengthy document at 4 pages and 'heavy going'! However, the site owners will be submitting an Outline Planning Application to Havant Borough Council next month, so it is important we benefit from this further information when commenting formally on the Application.

The essential message is the scheme has the support of the Local Authority, is a plan to be implemented over a 10-year period and seeks to re-focus the employment type to one of high technology users. The suggestion made is there will be less people working on the site and therefore less traffic generation. The Technical Team are setting ambitious targets, but the weakness is the inability of the Owner to guarantee the type and quality of prospective occupants of the site.

This message is important. Please read the associated letter and visit the Virtual Consultation.

The recent high winds and tide action has resulted in further significant erosion of Footpath 45. The County Council has decided the path is now too dangerous to use and has closed the affected section. It is unclear what, if any, remedial actions are planned.

The Langstone sea defence proposals, promoted by the Eastern Solent Coastal Partnership (ESCP) is causing considerable anguish to members living close to the "at risk" shore line. You will have seen various flyers and pamphlets.

Langstone Brochure 2019 - Save Our Shore

The Eastern Solent Coastal Partnership has continued to investigate options for improving Langstone's sea defences. Work with Stakeholders has produced an Options Plan for our exposed coastline. The Report, with indicative costings, is set out below, together with some supporting information. Subject to comments from the local community by mid October, the ESCP will begin more detailed designs and then submit their ideas to the Environment Agency/DEFRA seeking funding for works to be implemented in 2022/2023. The LRA/LVA are working on a positive response. All comments are useful and may be made directly to ESCP or the Residents' Associations.

The Eastern Solent Coastal Partnership are working as part of Havant Borough Council, to carry out an economic footprint study for Hayling Island.

Working with professional consultants AECOM, we have developed a short questionnaire to help understand both the direct and indirect impacts of coastal flooding and erosion on Hayling Island and the wider borough economy.

The majority of Hayling Island is low-lying, with a history of serious flood incidents. There are a variety of different coastal defences around the island, of which a high proportion have a low residual life without further maintenance, varying in condition from ‘poor to good’.

The outputs of this survey will be used to identify the wider economic benefits to help justify potential future Flood and Coastal Erosion Risk Management measures on the island.

We are particularly interested to hear from you if you are a resident, business owner or visitor to the island.

Please follow the link to complete the short survey. The survey will be live until Monday 15th April 2019.

More information on the work the Eastern Solent Coastal Partnership do, can be found on their website.

Read the minutes of the AGM and accounts

The Havant Civic Society is having a meeting on Thursday 26 April at St Faith's Church, at 7.30p. Read the details here. 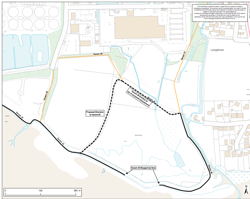 Read about the Southmoor footpath diversion to facilitate the construction of the sea defences.

The Havant Music Festival is from 15 - 25 March at various venues around Havant. See http://www.havantmusicfestival.org.uk/

Read the Case Against Southmere Field and supporting copy email. This requires your urgent attention

Read the flyer from Langstone Village Association about the covenant on Southmere Field and the proposed "lifting" of it.

Read the letter from Hampshire County Council about the Langstone Road cycling andpPedestrian infrastructure work which starts on1 August for 6 weeks.

Read the minutes of the AGM, Accounts and Chairman's Statement

The Environment Agency are currently investigating the best way to manage the flood risk at Southmoor. They will be hosting an exhibition where they will be presenting their initial proposals and seeking the views of the public.

The exhibition will be:

The Environment Agency's project team will be available during this session and will be happy to answer any questions relating to the project.

The Hampshire County Council, together with their Agent Havant Borough Council, propose to extend the cycle path from Mill Lane northwards to the junction with the access road into Langstone Technology Park. A letter has been sent to house holders whom the Council Officers feel most likely to be affected by the plan. The intention is to widen the western footpath adjacent to the A3023 - Langstone Road so that it can accommodate a cycle path. This will involve narrowing the highway north of the Southbrook Road and altering the Langbrook Close junction by removing the small deceleration and acceleration 'slip' lanes. The scheme is designed to avoid the loss of the existing mature tree which currently creates a 'pinch' point in the footpath. The explanatory letter, dated 21st February 2017, and the design drawings are here. Please note the design Engineer invites comments on the proposal.

The Local Plan is being worked upon and a programme has now been published by the Borough Council. See here

See the public consultation about dogs - Who let the dogs out?

Join in Walking for Health- free to attend and suitable for people of all abilities, from beginners to more experienced walkers. Read the leaflet

The Langstone Village Association is arranging a "Lessons and Carols" event in The Chapel, Langstone High Street at 6.30 pm on Thursday 22nd December 2016. All are welcome

Read the Local Plan Newsletter and see the Poster

Concerns continue to be expressed about the unpleasant odours, believed to originate from The Langbrook Farm, which affect the areas around the northern end of the A3023, Langstone Road. Anyone driving onto the roundabout will have noticed the unpleasasnt smell. Langstone residents who are adversely affected by local commercial cooking odours should keep a record of the relevant dates, weather conditions and wind direction and contact Mark Moss of Havant Borough Council's Environmental Health Department, with the evidence. His e mail address is mark.moss@havant.gov.uk

The Summer Newsletter is now out.

Members should be aware of the publication of Havant Borough Council's new Draft Local Plan Housing Statement and the Local Plan up to 2036. A public consultation period has commenced, from Monday 25 July, and runs until 9 September 2016.

The implications are significant.  The document identifies a need for the Borough to provide 11,500 new homes - based on Government targets, explains the proposal for the 6,447 already in the pipeline and then discusses how to accommodate the remaining 4,803.  These proposals have been reported in the local news paper.

Some 555 new homes - (Table 2 para 3.10 of the Draft Local Plan) are proposed for Hayling Island, and the implications for our roads, and other basic infrastructure needs, must be a concern for every resident.

Members are urged to read the documents and comment to the Local Authority within the stated timescale.  The requisite links are:

The Summer Newsletter is in production and will be issued in August.

Subscriptions for 2016-7 are now due. Our volunteer collectors will be visiting all households shortly to request the £2.00 and to issue the new membership card.

Councillor Tim Pike asked that we bring to the notice of residents local to the Public Toilets at the Ship Inn that these have recently been vandalised to the tune of several thousand pounds.

The police are aware and are asking residents in the vicinity of the public toilets to be vigilant and report any suspicions.

Allison Wilshire, Hayling resident who has launched the highly successful petition against HBC/HCC closure of this amenity has asked if we could publicise the online petition which can be signed online at  https://www.change.org/p/hampshire-county-council-stop-the-closure-of-hayling-island-s-waste-and-recycling-centre.

There are also paper petitions at local shops, pubs and other outlets on Hayling Island.  The plan is for Hayling residents to use the Havant Household recycling centre.  If the Hayling Amenity Tip in Fishery Lane is closed then there will be  additional volumes of traffic using Langstone Road to access the Havant Tip.